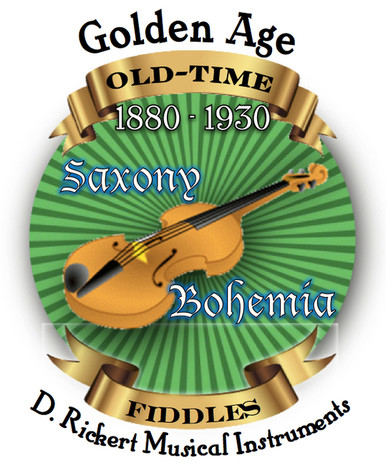 We are very pleased to announce our “Golden Era Old-Time Fiddles”. These replicate the very best (and most sought after today by Old-Time fiddlers) of the so-called “factory fiddles” imported by the millions from Markneukirchen, Saxony, German and neighboring Bohemia, Austria-Hungary (now the Czech Republic) during the years from 1880 through the 1920s. We are also introducing the largest collection of authentic early 20th Century fiddle accessories that you will find anywhere.